Young men who leave their homes to fight for terrorist groups in Syria mainly come from disadvantaged backgrounds, have low levels of education and “lack any basic understanding of the true meaning of jihad or even the Islamic faith”, according to a new report.

A study for the United Nations Office of Counter-Terrorism found that despite claiming to protect Muslims, most of the returned fighters were “novices” in their religion and some did not know how to pray properly.

“Most saw their religion in terms of justice and injustice rather than in terms of piety and spirituality,” said the authors of the report, which was based on interviews with 43 people from 12 countries.

They found that a typical fighter “is most likely to be male, young and disadvantaged economically, educationally, and in terms of the labour market”.

“He is also more likely than not to come from a marginalised background, both socially and politically,” the reported added.

“Most were unemployed, or underemployed, and/or said that their life lacked meaning.”

Three quarters of those interviewed reached Syria but subsequently decided to leave, while others were intercepted by authorities in their own country or stopped en route.

Despite an appeal to all UN member states, the authors expressed regret that only seven countries agreed to participate in the study – three from the EU and four from the Middle East and North Africa.

Professor Hamed el-Said, of Manchester Metropolitan University, and terrorism expert Richard Barrett met most of the returnees in prison or under the watchful eye of security services. 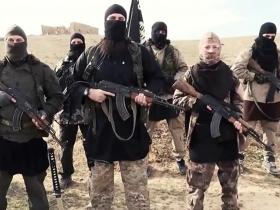 The majority of interviewed fighters, who attempted to join groups including Isis, al-Qaeda affiliate Jabhat al-Nusra and jihadi Ahrar al-Sham, came from large and dysfunctional families in deprived parts of cities where they were “isolated from mainstream social, economic and political activity”.

“Religious belief seems to have played a minimal role in the motivation of this sample,” the report found, saying economic factors had become more important as terrorist groups promised wages, homes and even wives.

The findings supported previous research using leaked Isis documents, which showed that most recruits profess to have only a “basic” knowledge of Sharia law, and warnings of a growing “crime-terror nexus” seeing violent criminals travel to Syria in the hope of “redemption”.

Following the declaration of the so-called Islamic State in 2014, the group produced a huge amount of propaganda seeking to attract Muslims with the promise of life free of supposed Western oppression, lived in comfort and peace.

Rose-tinted videos sought to present a utopian existence, showing smiling militants engaging in activities like bee-keeping, farming and even pizza-making as Western fighters used Twitter to broadcast images of palatial homes, swimming pools and expensive cars provided by the “caliphate”.

The UN report said the propaganda exerted a powerful pull on young men who feel they have little prospects at home, especially when combined with perceived grievances and a wish to protect Sunni Muslims in areas of Syria targeted by Bashar al-Assad’s government.

“For some, this sense of brotherhood was reinforced by a sense of religious obligation,” it said.

“The respondents of this survey claimed they did not go to Syria with the intention of becoming a terrorist, nor did they return with that purpose in mind.”

The authors found that would-be jihadis went online to confirm and strengthen ideas that were already taking root, adding: “The internet then played a key role in reinforcing a decision that had in part been taken already.”

Far more important was friendship circles and social networks formed around mosques, prisons, schools, universities, neighbourhoods or the workplace – a conclusion supported by the high number of known British militants who were part of radical networks or left the country with friends and relatives.

It added: “Bad governance, especially disregard for the rule of law, discriminatory social policies, political exclusion of certain communities…harassment by the security authorities, and confiscation of passports or other identity documents, all contribute to feelings of despair, resentment, and animosity towards the government and provide fertile ground for the terrorist recruiter.” 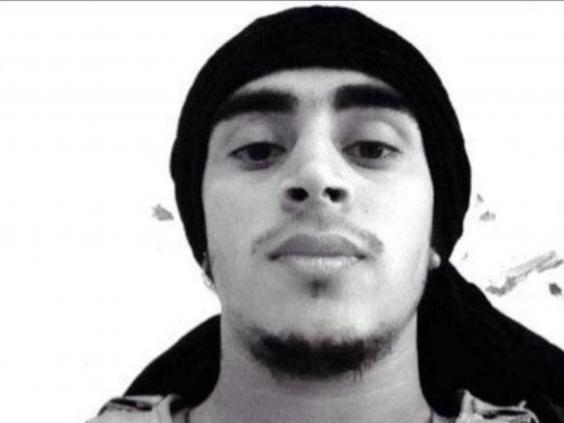 Mehdi Hassan, also known as Abu Dujana, is one of many British fighters who joined Isis with friends – in his case the ‘Britani Brigade Bangladeshi Bad Boys’, who have all been killed (Twitter)

Although their accounts are highly unreliable, several imprisoned former Isis members have blamed the security services for their radicalisation.

Harry Sarfo, a German-born militant who grew up in the UK and joined Isis for three months in 2015, told The Independent his experience of police raids and harassment from the local community after he fell under suspicion as an extremist drove him to Syria.

“My friend kept on telling me: ‘This is what you get for being Muslim in the West, especially Germany. You are black and Muslim, your wife is covered, what do you expect? They think you are a bloody terrorist. You should go and live in the Islamic State, where every Muslims’ rights are protected. Life for you here is over,” he recalled. “At the time, everything he said made sense.”

Similar concerns have been raised about the Government’s controversial Prevent strategy, which is viewed by some to be divisive and discriminatory, while Isis itself has been attempting to capitalise on air strikes on its territory by publishing graphic images of dead children alongside calls for global terror attacks.

As Isis has been pushed back in Iraq and Syria, routes to its territories have shut down and the group’s calls have largely switched from calling on supporters to travel to the “caliphate”, to inciting attacks in their home countries across the West.

Some analysts say the failure of Isis’ state project will dent its lure to potential recruits, although the fighters in the UN’s sample found themselves “disillusioned” by the group even at its peak.

The report said they left Syria because of their “genuine disappointment in and disenfranchisement by the terrorist organisation they joined”, feeling alienated by the group and local Syrians, the deaths of friends or calls by loved ones to come home.

They authors hope  the research will help countries around the world to improve counter-extremism programmes that prevent people from considering joining Isis and other terrorist groups, as well as safely reintegrating those returning from the group’s shrinking territories. 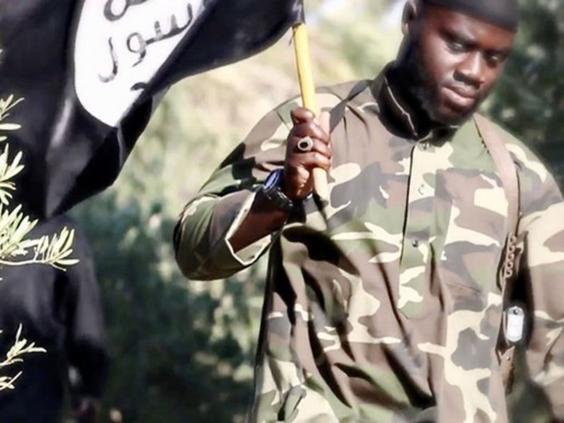 Harry Sarfo is imprisoned in Germany, where he is under a new investigation for taking part in a mass execution

With an estimated 25,000 foreign fighters from more than 100 countries travelling to Syria, concern has been mounting over a potential influx of jihadis as Isis loses territory including its de-facto capital of Raqqa.

The city is completely sealed off and under heavy bombardment by the US-led coalition, and Isis is known to kill anyone caught attempting to defect, leading analysts to expect the number of recruits managing escape to be small.

“Not all returnees present the same degree of threat,” the UN report found, warning against treating all former fighters as high risk and “thereby radicalising those who are low threat through unwarranted persecution.

Prof el-Said and Mr Barrett argued that some ex-terrorists could become powerful voices against the groups they once joined, adding: “Governments will need to screen their returnees to identify the more dangerous among them as well as to select credible and trustworthy individuals who could counter recruitment narratives.”

Isis is currently intensifying its efforts to discredit defectors and featured Sarfo in a recent propaganda magazine decrying “fools who strayed” and spread “lies and falsehoods”.

While returned foreign fighters have been among Europe’s deadliest terrorists, including the “super cell” that carried out the Paris and Brussels attacks – the threat from supporters of the group who have been prevented from realising their desire to travel to Syria is increasing.

“It is important at least not to underestimate the motivations and determination of those who failed to make it to Syria,” the report concluded.

“There is little room for complacency, but while the risk presented by returning foreign terrorist fighters is a real one, it should not be exaggerated.

“A practical, effective and proportionate response should start from a sound understanding of the root causes of the problem.”